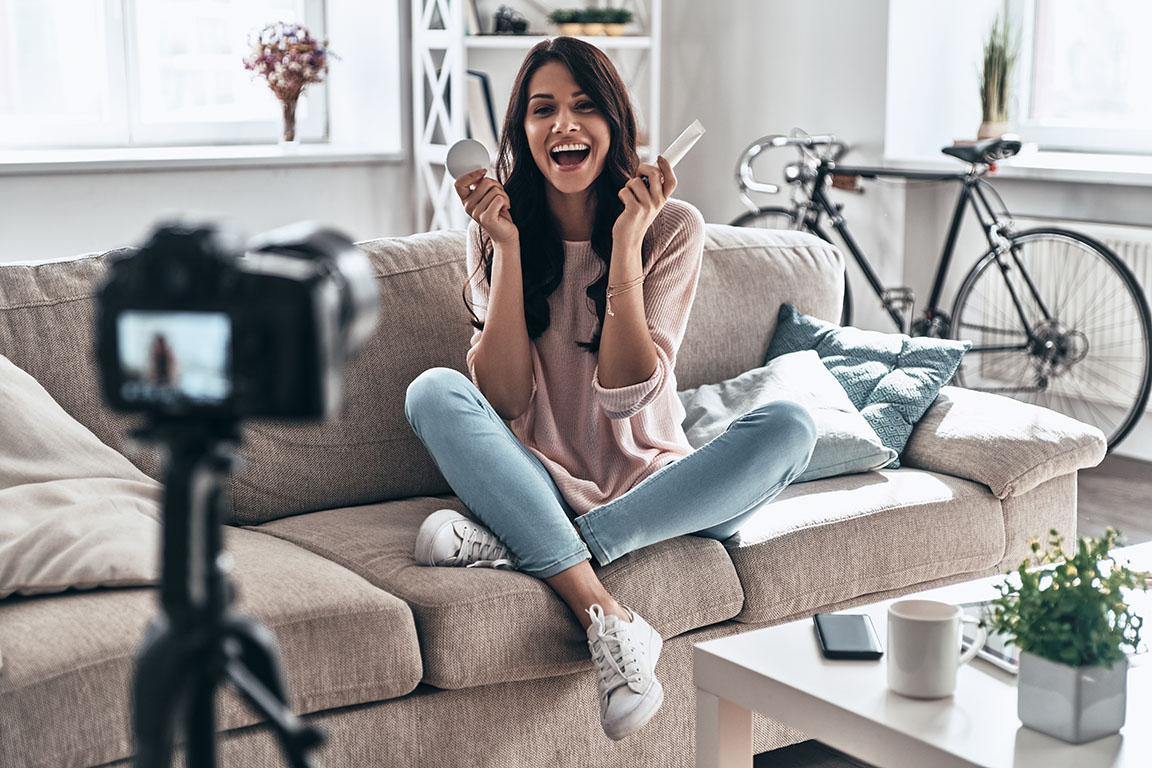 How Influencer Marketing Can Improve Your Online Reputation

It’s no secret that influencer marketing has become one of the most popular marketing strategies of the decade. Organizations have quickly discovered influencers can be powerful at marketing to new audiences and selling products. But for many companies, the perceived value of influencers stops there. But not us. We believe that’s just touching the surface.

It’s true that using influencers to market and sell to audiences. But influencers can be a bigger part of your strategic planning. When implemented correctly, influencers can not only help achieve the outcomes above, but they can strategically help improve a company’s online reputation.

The age of social media is alive and well; and for influencers, it’s their bread and butter. When looking at how influencers can help your brand, think of them as an extension of your social media presence. In many cases, influencers have the ability to reach a social audience you might have not been able to reach otherwise. By finding influencers that are talking about your brand and engaging with them, you cast a wider net in the world of social media.

Influencers can affect this wide net by creating positive associations with your brand. When they talk about you positively, this changes the way you are perceived to their audiences and increases your online reputation for the better. Consider the following view of our influencer dashboard for Disney+:

From this view we see Lizzie Rovsek’s influencer score as well as her reach for the following tweet:

With Nuvi Listen, companies can identify what influencers are saying about them, segment mentions for sentiment (in this case, positive sentiment) and see influencer scores to decide where to focus their efforts. In Disney’s case, influencer Lizzie Rovsek, had a positive reaction to one of their shows on Disney+ and decided to share and recommend it with her followers.

This would have been a great time for Disney+ to respond to Lizzie and in the process create an even more positive experience for her and her followers. Although Lizzie is  affecting perception toward the positive already, responding would have created an impactful interaction that could have increased the online reputation of Disney+ to everyone who saw it. To affect reputation even further, Disney+ could have also asked her to leave a review, turning her content evergreen and expanding reach and influence online.

Having a presence on social media is important in today's world, but influencers who display positive sentiment around your brand can be a big part of increasing your social presence and improving online reputation along with it.

Increase Online Engagement For Your Brand

“Engagement is the new impressions. It matters as much, if not more than someone’s reach.” Kristy Sammis, Executive Director of Influencer Marketing Agency

The nature of influencer content makes people want to engage and oftentimes, influencers have built an audience that’s highly responsive to their content. As a brand, identifying influencers who have engaging content and getting involved in the conversation can be a powerful way to increase visibility online.

The influencer dashboard above shows us the most reshared influencers who have talked about Netflix in the last 7 days. This information can help identify the influencers who perhaps may not have as large of a reach, but have an engaging audience.

With this information, companies can jump into the conversation and engage with these kinds of influencers. Not only will you delight the influencer by connecting with them, but social users will notice your effort to engage therefore improving your company’s reputation.

According to the Nielson Consumer Trust Index, 92% of consumers trust user-generated content more than they trust traditional advertising. Edelman, in it’s annual research, found that 61% of people now find information from a ‘person like me’ to be credible or very credible. These statistics should not be ignored by organizations that are looking to build their online reputation.

There’s power in having a third party, such as an influencer, share your brand message or be an advocate for your brand. This type of endorsement is more powerful in influencing perception than any other form of communication. When influencers talk about you, share content from you, or interact with you in a positive way, they portray trust and credibility for your brand.

Take the following retweet for example:

We can see the impact of this retweet below:

Influencer Joan Sanberg’s retweet was the second highest tweet in reach about Blue Apron. And although it was just a simple retweet, Blue Apron’s message was shared with an additional 120,478 people. By sharing the message to his followers, Sandberg endorsed Blue Apron, making the message much more impactful and credible.

Create Advocates During a Crisis

In times of crisis, wouldn’t it be nice to have a friend to lean on? For companies, influencers can be those friends. Influencers can step in to protect your online reputation during times of trouble.

Let’s take a look at the following interaction:

In this interaction, April Strat is quick to call out Aspiration’s intentions during the Coronavirus pandemic. Influencer Joe Sandberg quickly responds to defend Aspiration and educate the follower on what the company is doing to help during this crisis. This interaction is the perfect example of how influencers can become advocates for a brand and step in when needed.

Having influencers who can turn into spokespeople during a crisis is incredibly valuable to keeping your online reputation intact and communication with customers optimal. But even in times of plenty, having these kinds of influencers who will go to bat for your company is just as valuable. Having influencers and creating advocates for your brand no matter what season you’re in will enhance your social media presence, increase online engagement and build trust and credibility to improve your online reputation.

Next time you consider implementing an influencer strategy, look beyond the normal perceived value. Consider how influencer marketing can serve your entire brand by improving your online reputation. Don’t be afraid to make them a bigger part of your marketing strategy. You’ll be glad you did!

Google My Business Publishing to Multiple Locations
Nuvi
New Insight Delivery & Dashboard Templates and Customization
Nuvi
Nuvi's Year In Review: Everything We've Been Up To In 2020
Brian Collier
Request a Demo