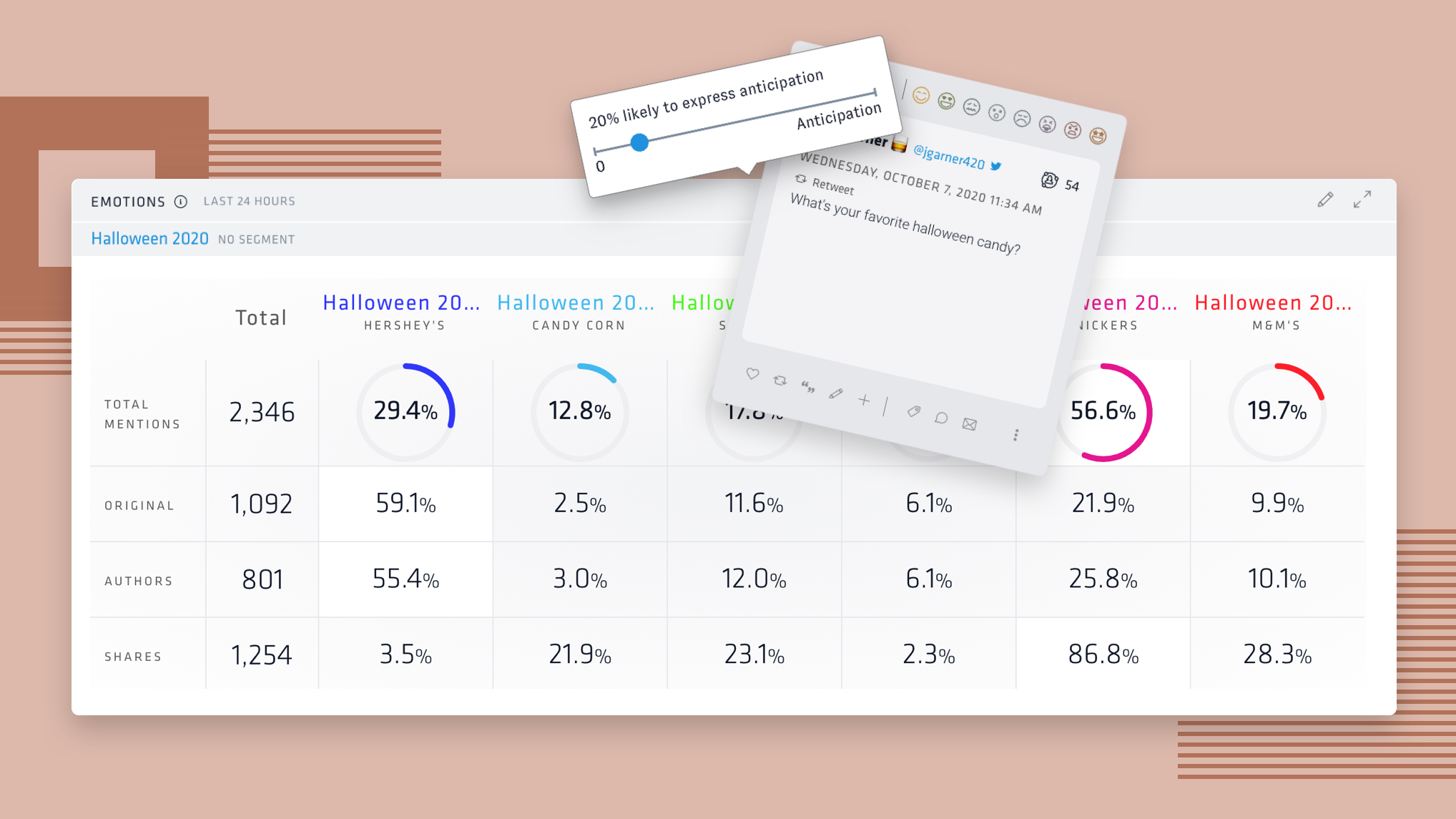 Listening Analysis
← Back to Main Blog

Have you bought your Halloween candy yet? If so, congratulations on being prepared! If not, we've got some great news. We used Nuvi Listen and Analyze to learn which candies people discussed most, and to dig deeper into how people feel about them.

Snickers had the largest share of voice with 56.6% of the total mentions in October, followed by Hershey's and M&Ms. Hershey's had the highest proportion of original authors, which may indicate greater organic popularity and discussion. Content about Snickers was highly shared (86.8% of the shares our monitor detected related to Snickers), which could indicate one (or several) viral or highly relatable posts mentioning the candy bar. This could be due to a successful content marketing campaign by Snickers, or a lucky coincidence that a viral tweet happened to mention the brand.

We also looked at the sentiment of the discussion around each candy. Although Reese's had the lowest share of voice (only 4.1%), it had the highest sentiment score, with mostly neutral mentions, 10.4% positive, and 2.1% negative. Skittles and M&M's also had positive sentiments: 6.7% of mentions of Skittles were positive, followed my 5.8% of positive mentions of M&Ms. Snickers only had 1.1% positivity measured, indicating that its highly shared posts were neutral in tone.

The highest sentiment scores (which compare the positive and negative mention percentages) were Reese's, Hershey's and Skittles—we're going with those as our picks! Although the discussion of Snickers was mostly neutral, it was highly popular, so we'd consider that a top choice as well. We're sure the neighborhood kids will love whatever you choose!